Today, North announce Swedish legend Jonas "Lekr0" Olofsson as the new 5th on the CS:GO team. The experienced rifler has been active in Sweden up until now, playing for GODSENT, fnatic and Ninjas in Pyjamas.

Today he becomes the next vital signing in North's road to becoming a Scandinavian organization.

“We are extremely pleased to welcome Jonas into the North family. Jonas is a player both our Head Coach, Jimmy Berndtsson, and I have worked with extensively in the past years, so we know exactly what kind of a player we are getting in and outside of the game where we expect him to slot perfectly into his role on the server and the team culture,"says Graham Pitt, Head of Esports Operations at North.

Graham Pitt adds that “Lekr0 isn’t going to continue his previous role of in-game leader, but will use his experience to assist with tactical input both pre and mid game, bringing us an additional edge we lacked previously. Jonas will be returning to his origins and his preferred role of entry fragging on the T side alongside anchoring bombsites on the CT side”.
“At North we are looking to build the best Scandinavian roster possible and we will not change the language we communicate in, which will continue to be “Scandinavian”, a mixture of Danish and Swedish that we have already been using since the addition of our Head Coach, Jimmy.” Graham Pitt says.

“The team will make some role and positional changes to facilitate the addition of Jonas which the team have been focusing on since their return from the summer vacation in order to be ready to begin practicing fully with the new line-up,"Graham Pitt says.
‍
Lekr0 expresses his excitement in joining North’s new Scandinavian adventure.

“I am really looking forward to joining North. There has been a lot of rumours about me joining “this and that” org, but when I started talking to North about the project and what they aim for with this team and their Nordic ambitions, I didn't have any doubts. This is definitely the new home for me, and I am really looking forward to playing with the guys and bringing this team to the next level,” Lekr0 says.
‍
Lekr0 will play his first match in the North jersey Tuesday 25th of August in Nine to Five #3. The team will only have a few full days practice as a full line-up.

“We will go into Jonas’ debut tournament with expectations of emphasising the fundamentals of basic Counter-Strike and teamplay. We will use the tournament as a learning experience to assess where each player is with regards to their roles and so we can continue to develop the roster for a successful season,”says Graham Pitt. 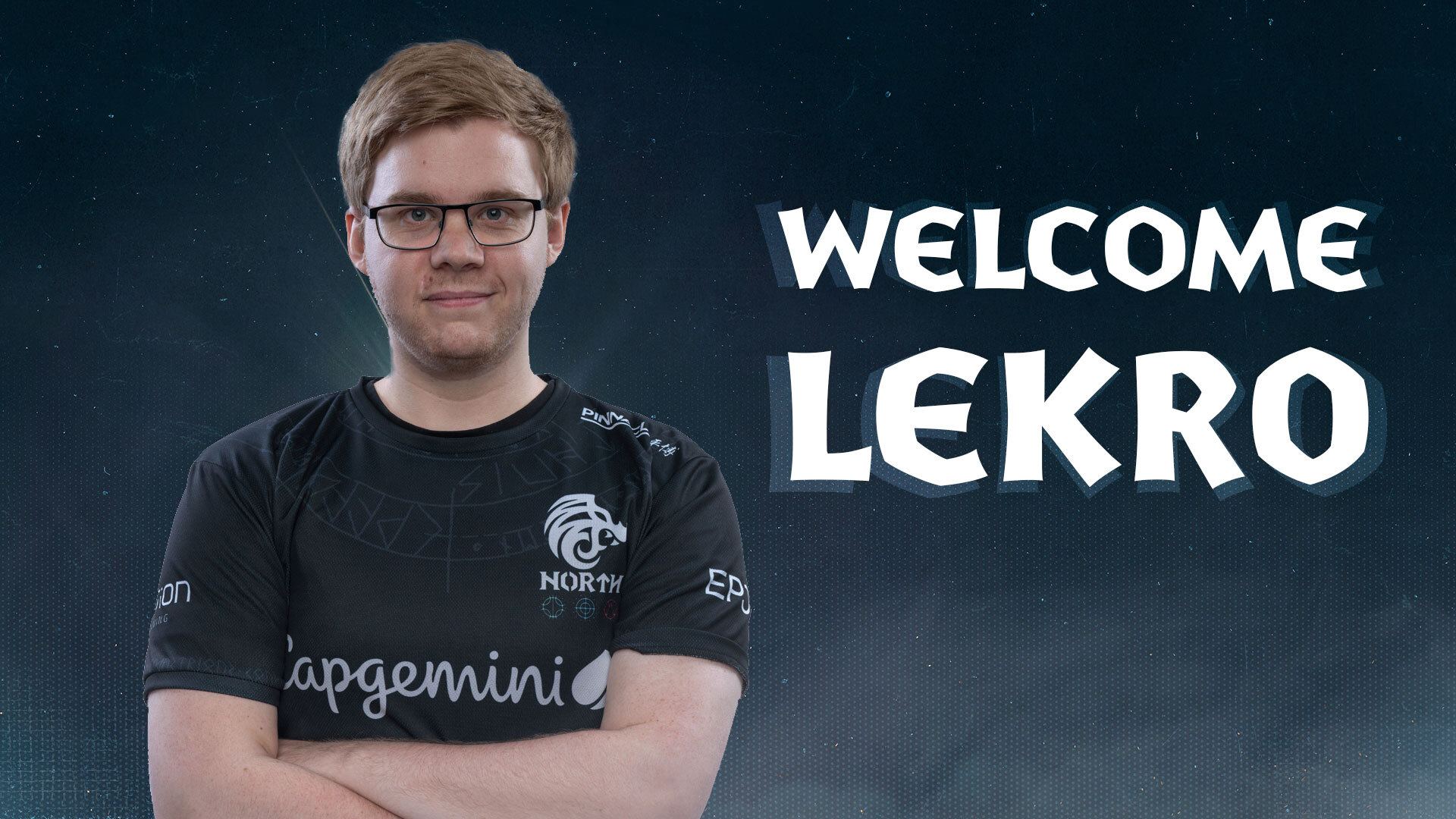